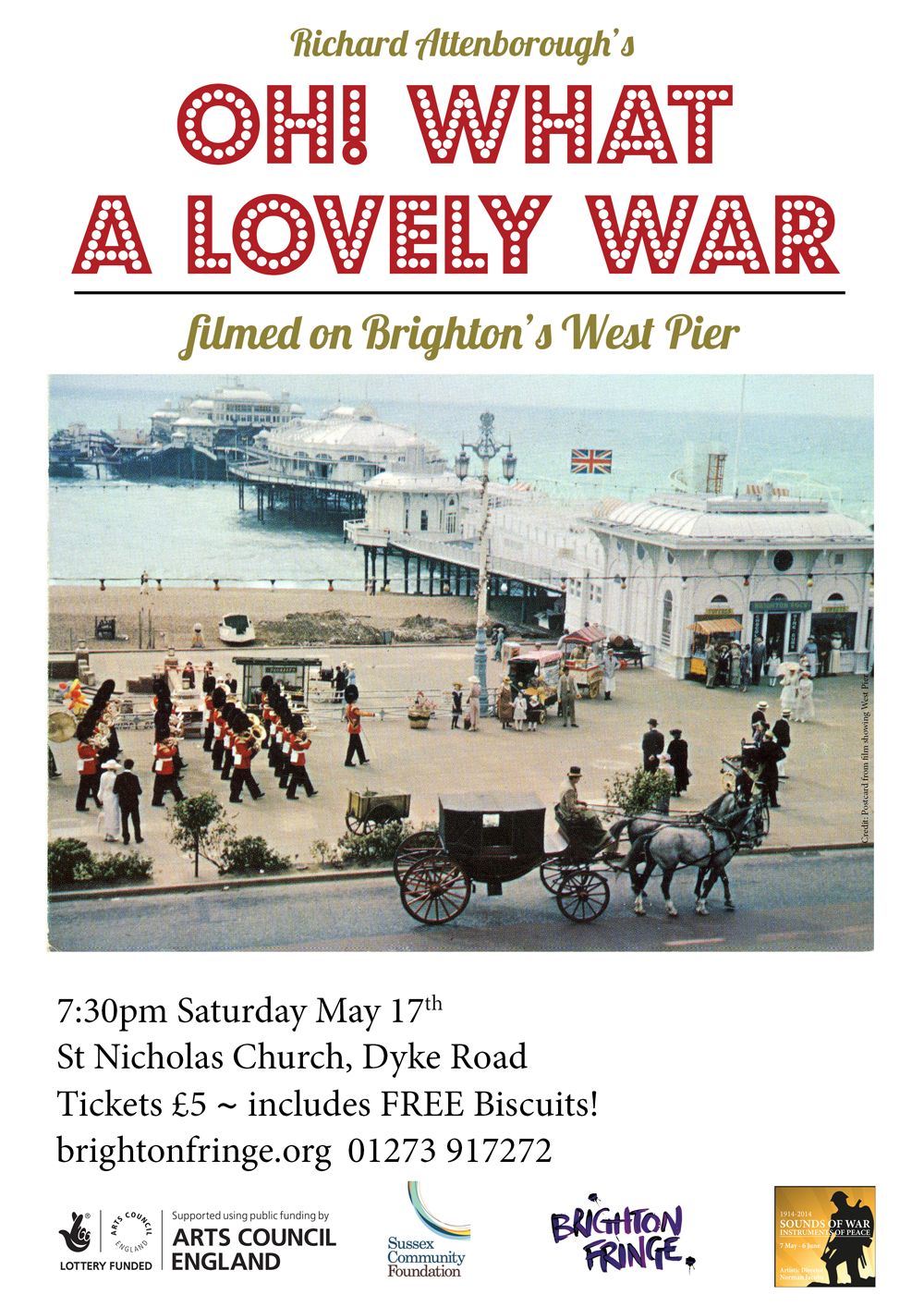 Filmed on Brighton’s West Pier, come and see Richard Attenborough’s 1969 directorial debut ‘Oh! What a Lovely War’ which includes many popular songs and parodies of the war period to comment on the manner in which victory was won.

There will be an opportunity at the end of the film to discuss the merits of the film and to review some criticisms of its historical purview.