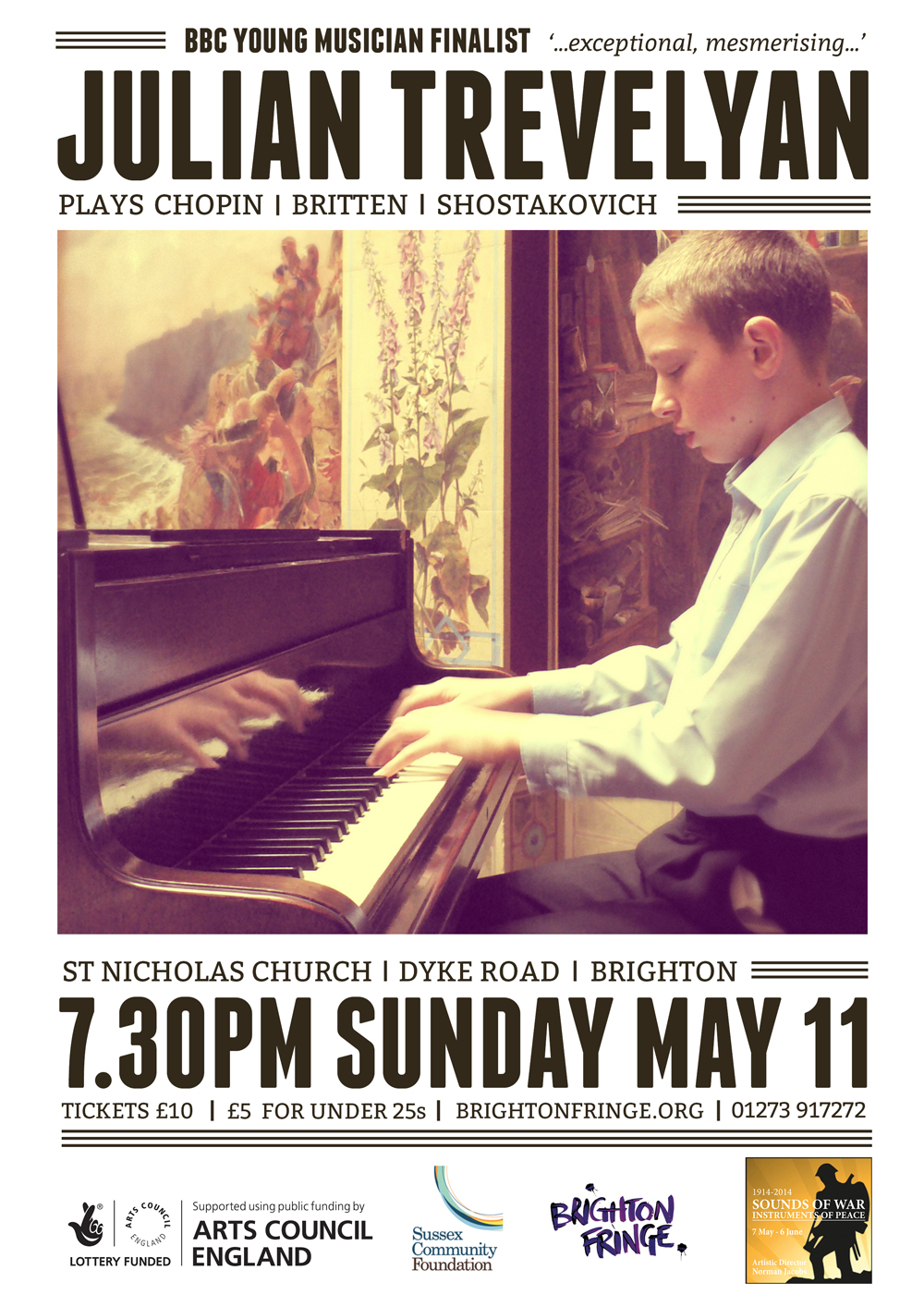 Julian is home educated and music is an important part of his life. He has given many piano recitals, and in August 2013 performed four Chopin Etudes as the live sound track to four animated films ‘Chopin Shorts’.

Since 2008, Julian’s piano tuition has been supported by generous grants from Awards for Young Musicians. He received a Sheila Mossman prize from ABRSM, awarded for the highest marks in the national Grade 8 exams. He enjoys chamber music and is a member of Pro Corda and MusicWorks. During 2013/4 Julian will be playing violin and piano with the Britten Sinfonia Academy.